These people in the article were weirdos and would have beat their child no matter what. Not because they adopted the child. Just peeves me.

Beef: eaten and gobbled.
Posted by Harmony at 4:44 PM 5 comments:

Labels: random thoughts from my head 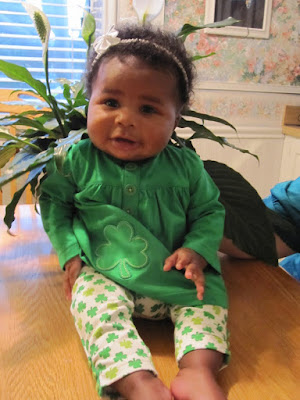 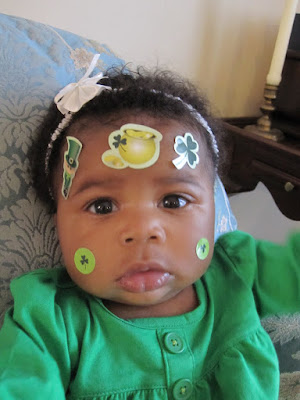 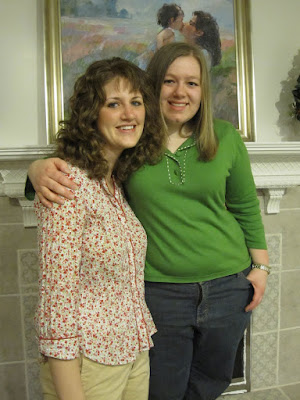 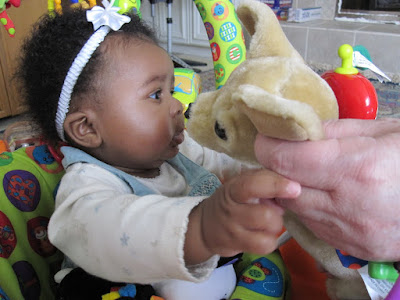 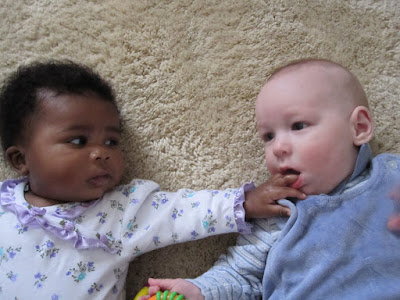 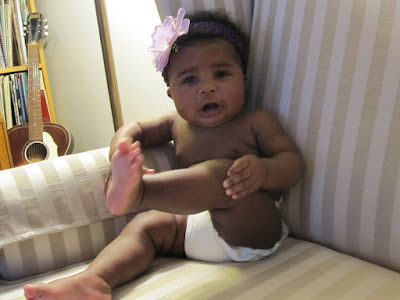 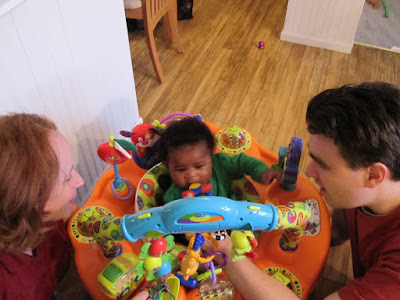 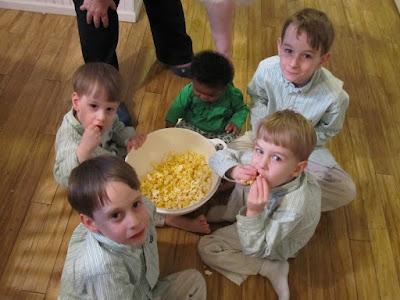 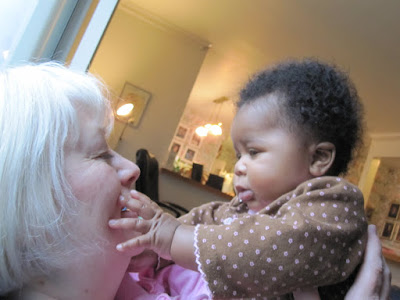 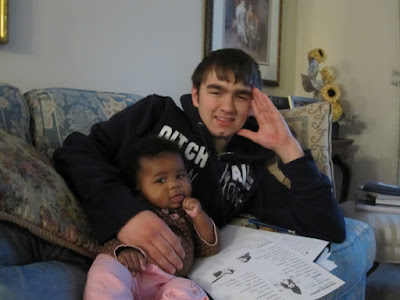 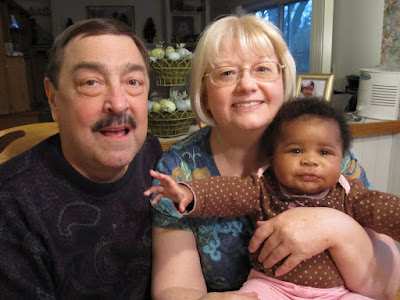 I get to go to Michigan (yay!) to visit my mom and daddy on Tuesday, and I am so excited to see them! My daddy had a kidney transplant 5 years ago (I think it was 5) but that kidney finally gave out, so now he has to be on Dialysis again. It makes me so sad because I love my daddy "popparoni" so much. However, I am thrilled beyond belief to let him see his favorite granddaughter (okay, his only granddaughter). My mom is so excited to munch on Megan, and my 16-yr-old brother has never even met her. I definitely look forward to being in Michigan. It's the getting there part that scares the vomit out of me.

I haven't thrown up yet; I'm saving that for the plane.

I know I shouldn't be scared; zillions of mommies travel with their babies. Megan is 5 months old, and it's not like she's too young to travel. I guess it's just the fact that I've never traveled with a baby before.

I've been talking to my older, wiser, beautiful, generous sister Jazzy, and she's been telling me more about how to travel with a baby. She's been asnwering all my questions about what to check-in, what to check at the gate, how to travel (stroller or Baby Bjorn-style), what to do if you have to pee on the plane, what to do if you need to change a diaper on the plane, how to get water for a bottle, and a buncha other stuff I never had to think about before. All of that is a little bit stressful and will cause me to think a little more than usual. But this isn't what's scary to me.

It's really stupid, the thing(s) I'm scared about. Seriously, it's so dumb and I shouldn't even mention it because you'll just think I'm an overprotective, obsessive parent. But, yes, of course, I'll tell you.

What is my problem? Why is my
heart beating a million times a minute?

Okay. That's it. I'm going to go have some nightmares now, like I did last night...

For all you white people

If you're like me, you never have known much about "black" hair (being, the hair that black people have). Apparently they all have the same type of hair. And, I must say, for the moment, we are definitely enjoying Megan's.

Megan's hair is just crazy, and, to be honest, I don't know what I'm going to do with it when it gets any longer. I already don't know what to do with it, and she's only 5 months old! We watched a documentary on black hair. It was quite informative, but made me scared for the future. It's quite involved and it's going to take many hours of practice for me. It's very complicated... but that's for another day.
For today, I thought I'd share some of the fun Megan's head brings to our home.
If Meg were a Pirate she'd be called "Flat-head Roberts", as evidenced by the picture below: 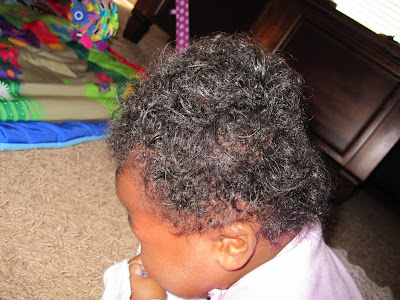 However, her head is not flat. It's merely the bald spot on the back of her head, combined with her stiff, crazy hair that causes the effect: 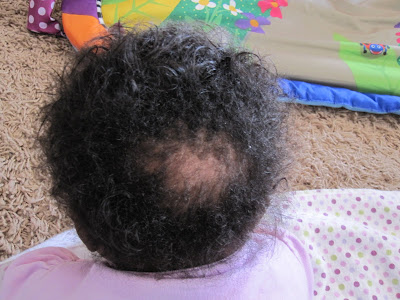 Despite her baby baldness, Megan still has adorable curls. Look at this hair! It's just insane: 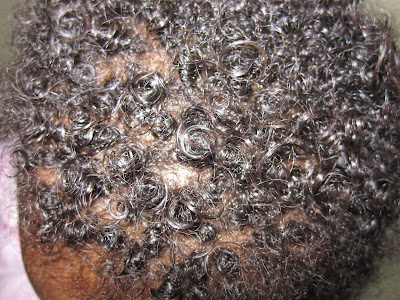 And, you'd think her hair is short, but if you look in this picture, you can see her hair is actually a couple inches long already (I'm pulling it up off the middle of her head). It curls up to centimeter-sized ringlets on her head! 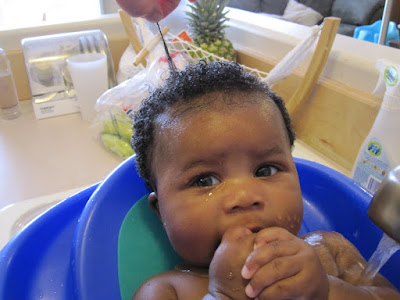 We couldn't resist giving Megan an afro, complete with a comb: 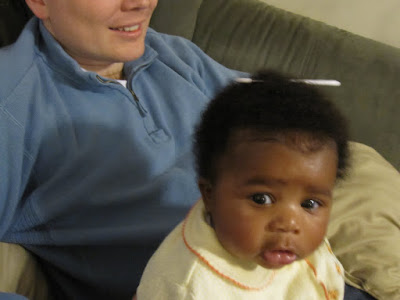 Lastly, this is Megan smiling. She loves her crazy head of hair. 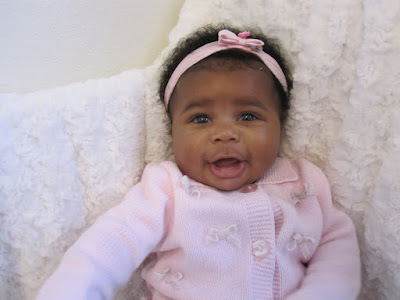