my Beautiful in orange

It's been a while since I've posted and so now I'm playing catch-up. Back in June we had some family come in town. One day we went to a park in the canyon and I got some cute pictures.

This first one is Megan & Uncle Tyler on the pole. I'm not quite sure what the poles are supposed to be for, but apparently they are for climbing. Megan tried many times to climb up the pole, but, even though she is a little monkey, she just could not do it. 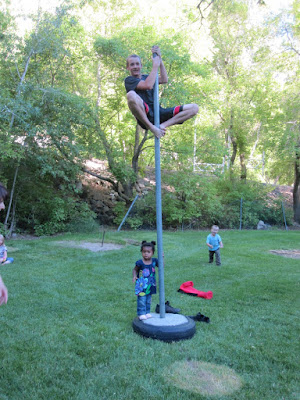 Uncle Tyler was later moving the poles around the ground and Megan was upset that she could not move them, too. This picture was taken after I had Megan settle for just sitting on the bottom of the pole: 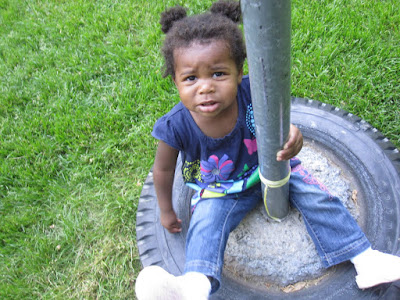 Sweet cousin Elise is so good & sweet with Megan. She is wise beyond her years and very patient with the little ones: 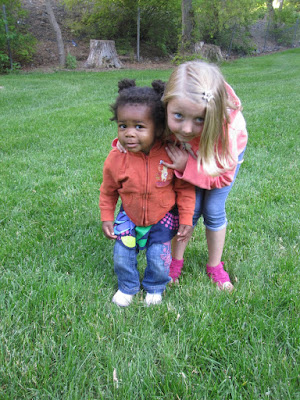 And, lastly, this picture is Pure Megan: outside with a stick in her mouth. 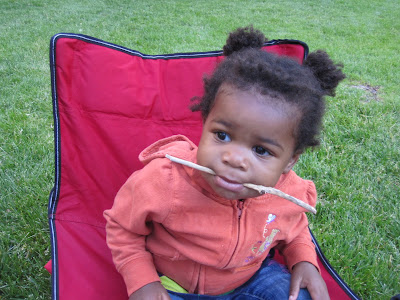 And, I have to say- doesn't Megan look stunning in orange?

Labels: baby Megan, my favorite things, slice of side life

The orange really brings out the stick in her mouth! ;) LOL! She will look gorgeous in whatever she wears!! Seriously! Love that lil girl!