After Sea World & two days of Disneyland we were off to the beach. Before we left, we made sure to get a picture of the cousins together. Unfortunately, Jenny & her three kids had to travel back home so they didn't join us at the beach. 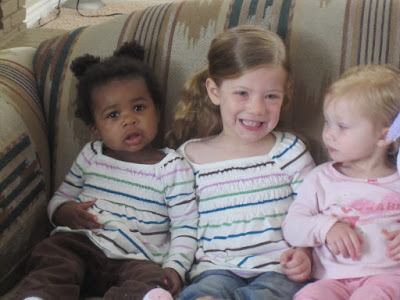 Here are the grandkids that were here in California: (Megan, Kyla, Alaina, Elise, Gabe & Cohen) 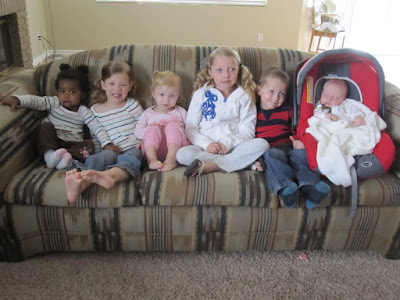 At the beach there was this very cool place (I call it an oyster bar) where there were just thousands of oysters lined up together. I should have taken a close-up picture because it was cool. Instead, a picture of Megan & Jared at the oyster bar: 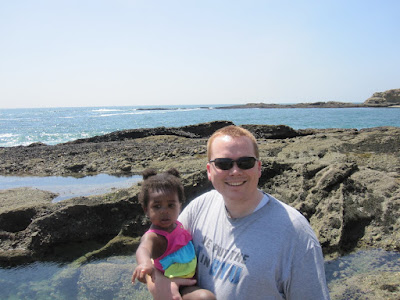 I absolutely LOVE this picture. There's nothing like a daddy & daughter. (if only I could photoshop out that kid in the water!): 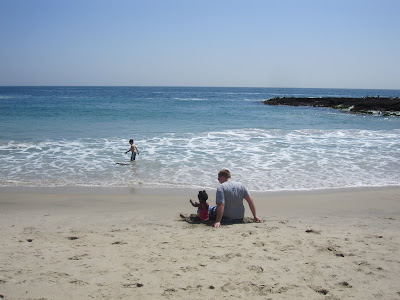 At one point, Jared starting putting sand on Megan lap. She didn't mind, so he kept on placing more and more. Eventually, cousin Kyla came over to help: 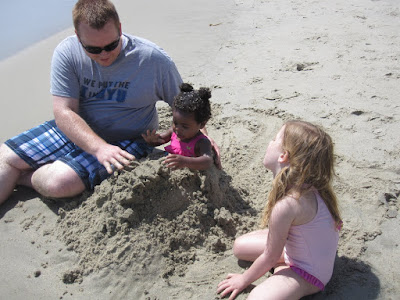 And here is the end result: Megan Mountain. 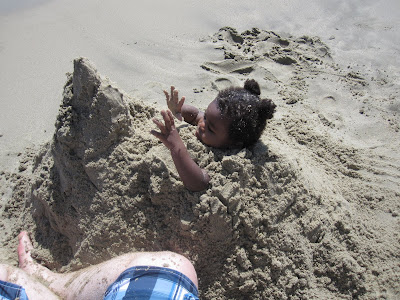 Here are Alaina & Megan just chillin' in the sand: 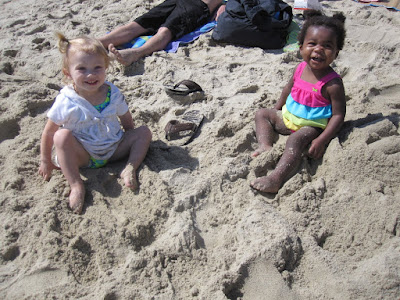 And, lastly, this one needs no caption; it' just Megan being herself. 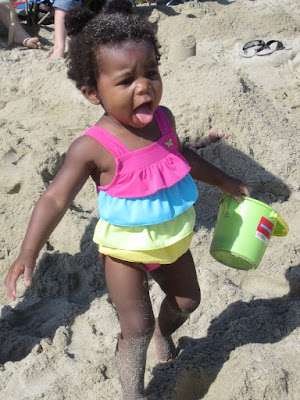 So glad you guys had such a fun trip and that you finally made it to Disneyland!! Davey and I had lots of fun reading this post. He loved the pics of the Megan mountain!!

Now Davey wants to type you something:
DAVey 5

That girl is so stinkin' CUTE!!!

She is reeeeallly cute! I need to get together with you soon!