want some cheese with that whine?

It has been exactly one month since I last blogged. Mostly, I think, I have nothing to say. Life just goes on and sometimes I don't feel creative enough to make it exciting. In order to blog, I have to think of something fun that has happened, or take cute pictures, or say something in a creative way. My creativity has been lazy lately.
I will attempt to get my groove back.

In reference to my excuses for not blogging, I mentioned that I haven't taken cute pictures. That is not entirely the case. The problem is that as soon as I bring out the camera, Megan begins to whine. She starts whining because she wants to look at all the pictures on the camera. I can't even take a picture before she starts wanting to look at them. So, in lieu of taking pictures of Megan doing cute stuff, I get pictures of Megan whining to see the camera, as evidenced below.

You can't see her hands in this picture, but she's signing "help!" 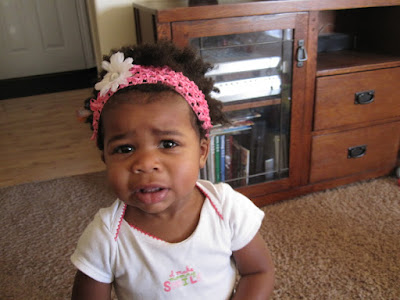 "Mom, we're at the church, and if you don't give me that camera, I'm going to throw a fit right here on the floor and make a scene!" 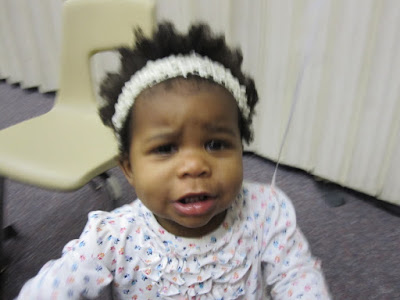 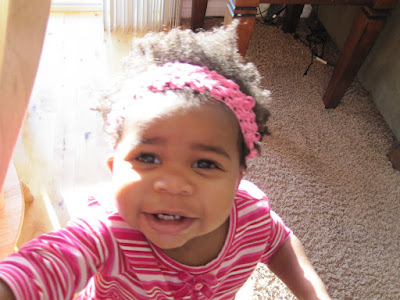 "Now I'm NOT asking nicely: give me that camera!!" 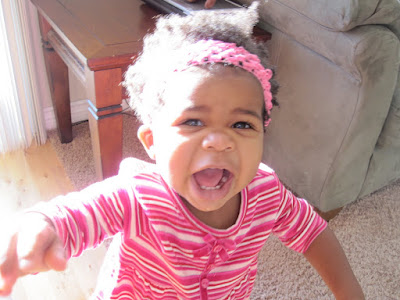 I love her cute head bands!! Even when she is whining she is adorable!

You're funny and creative. And all pictures of Megan are adorable - even when she's whining :)
I can't wait to see you guys!

Love it. She's completely adorable. And you're super creative. Katie is at the same stage and she's so cute right now I want good pictures and she's always whining or squirming away. Oh well. They're still cute.

I am so glad to see you back! She is so adorable, but you already knew that :)

yeah, it's been sad not to read from you. you should blog at least weekly! yeah... then i won't feel like i'm missing out! ;) she is funny! that's cute she's learning more signs! p.s. jae doesn't suck the toothpaste off his toothbrush, he likes to brush himself... i'll do it for him first and let him go at it. our kids are so cute!